Here is the video review of the new movie Star Wars: The Clone Wars from IGN.com.

And here is a video interview.

Swaying aquatic plants… Fish idly swimming about… My Aquarium is a relaxin Wii Software experience which allows you to enjoy a virtual aquarium in your spare time.

regardless of fresh or saltwater, you can select from over 40 popular types of fish including favourtes like the Ocellaris Clownfish, the Freshwater Angelfish and the Asian Arowana. You can also create up to six different aquariums and personalize them by adding decorations like seaweed and drift wood.

In My Aquarium, you can send aqariums to your registred friends. The aquarium can even be set with special dates, such as a friend’s birthday, when the wish will commemorate it with a dance.

Feed your fish and watch them steadily grow from fry to adult. Then, after meeting certain conditions, you can breed them!

Anoteher fun feature will allow you to interact with your fish using your Wii Remote, such as “tapping” the glass of your aquarium!

Charming. Suave. Awsome. these are the words Strong Bad would use to decribe himself. in a world gone mad, only one man can be trusted to save the day. A man with an attidue. A amn called Strong Bad.

As the star of the Homestar Runner web cartoons, Strong Bad has been ansvering emails (in boxing gloves), pranking his friends, pummeling his enemies and making people with questionable taste squirt milk out of their noses for years. Now he’s branched out to star in Strong Bad’s Cool Game for Attravtive People, a 5-epsiode series.

In Episode 1: Homestar Ruiner. When Strong Bad’s plans to beat the not out of Hpmestar backfire, he ends up with an unwated houseguest cramping his style. Now he needs to get life back to normal, by any means possible. But wait, there’s more! Teen Girl Squad comics! Achievements! Funny Costumes! Arcade games! You can even send pictures and emails to Wii friends using Strong Bad’s computer! So how about it? Can you handle Strong Bad’s style?

This weeks Xbox Live Arcade game is Bionic Commando Rearmed at 800 points. The game is available on Wednesday August 13. 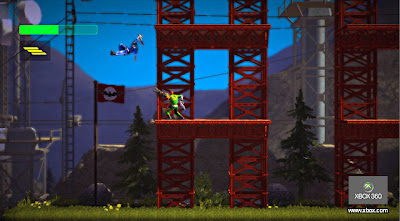 Bionic Commando Rearmed delivers two-player co-op, a frenetic multiplayer mode for up to four players, and a series of over 50 devious challenge rooms to test your swinging skills.

This is a small video showing the ripping (copying) process from disc to HDD in the new Fall update for Xbox 360. (Source: MaxConsole.net)

IGN.com have put up some more videos with intreviews and behind the scenes of the new Star Wars: The Clone Wars movie. 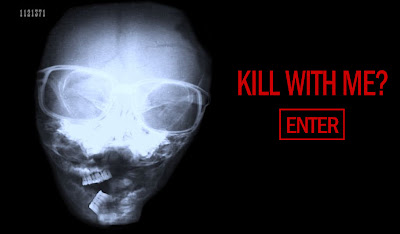 Untraceable (Blu-ray) is about an FBI division which investigate crimes committed on Internet. We follow special agent Jennifer Marsh (Diane Lane) and Griffin Dowd (Colin Hanks) in their work against crime.

They sit behind their computers and look for non-legal activities. One day they came over a live web camera feed of a room with a cat, which dies. But this is only the beginning. A man is kidnapped and he turn up on the Internet website KillWithMe.com. The more people that comes to the site and watch the live feed, the faster he…. OK, you may guess it, but I don’t want to spoil too much for you.

Untraceable is a good thriller with a good story. Many movies that involves the use of computer looks fake and simplyfied. But Untraceable looks real in that department, and they even use real OS like XP and Vista (if I’m not mistaken). The picture quality is good, with intentional grain.

I got Untraceable from Amazon.com and the Blu-ray disc states on the back that it is Region A, but it is actualy region free, and plays very well on my European PS3. Some specs for the disc:

The bonus material are in standard definition.

Pictures below are from IGN.com. 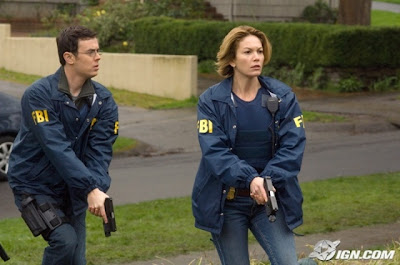 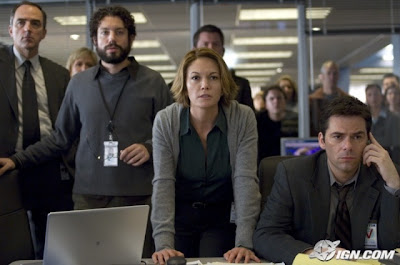 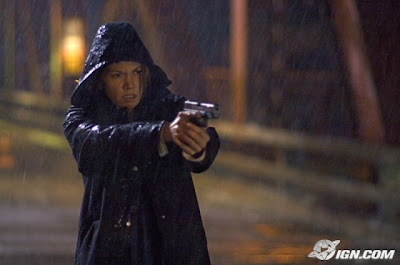 This week, Friday August 8 2008, Europe got four new Virtual Console games to download on Wii. This includes on of my C64 favourites titles, Pitstop 2. I never owned a Commodoere 64, but played Pitstop II with family and friends

The aquatic adventure of Ecco come to life for a younger generation of gamers! Perfect for kids, Ecco Jr. finds our young hero heading out to sea with a varietu of task he mist perform in order to get there.

Along with his friends Tara the bay orca and Kitnee the young Atlantic dolphin, Ecco Jr. will interact with sea lions. sehoreses and other wauatic life as he makes his journey to the Big Blue.

Introduce your kids to the classic series of Ecco the Dolphin titles by downloading Ecoo Jr. today!

Pitstop II was the first racing game that brought the thrill of battling an opponent, the lead out oon the track and the supsense of struggling to be the first out of the pits to the computer screen. Third-person graphics and a split-screen display alloed up to two players to experience the challenge of car racing head-to-head.

Six of the world’s toughest race tracks are waiting, from Brands Hatch and its hairpin turns to the mile-long straight of Vallelunga. You can practise against the computer, but nothing will compare to the full racing against another person. That’s the whole story behind Pitstop II. It’s simple – car racing was never meant to be a solo sport!

Grab your katana and get ready to unleash your samurai skills on your opponents!

Released in 1994, Samurai Shodown 2 is commonly regarded as one of SNK’s finest games. The Popular rage system from the first game makers a return, with the addition of special techniques that can break the opponent’s weapon and force the opponent to fight unarmed.

Gameplay has been greatly expanded since the first game and players can employ a wide range of movement including forward and backward rolls, plus a groundbreaking parry system. New characters and some of the most thriling beat’em up action around combine to make an utter classic.

Splatterhouse 2, released only on the Sega Mega Drive, is the sequel to the popular Splatterhouse. It was one of the first games to have truly violent content.

A few months after escaping the first masnion in Splatterhouse, Rick once again encounters the Terror Mask, and must use its powers to rescue his beloved Jennifer. Rick will need to punch, slash, smash and chainsaw his way through waves of unpseakable horros and terrifying bosses, navigating a gruesomely haunted mansion in order to rescue his girlfriend and escape with his life!