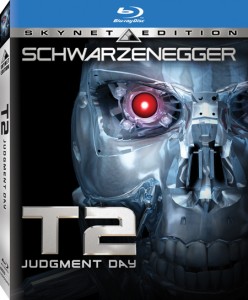 I do wonder how many version of Terminator 2 exist on DVD. I think I have three different version of T2 – Judgment Day; a normal version, sepcial version and a ultimate version. And I want more. But this time on Blu-ray. Happy to say (though it’s been known for months now) Terminator 2 will come on Blu-ray in US on May 19 and in Europe on June 1st.

Arnold Schwarzenegger returns as the Terminator in this explosive action-adventure spectacle. Now he’s one of the good guys, sent back in time to protect John Connor, the boy destined to lead the freedom fighters of the future. Linda Hamilton reprises her role as Sarah Connor, John’s mother, a quintessential survivor who has been institutionalized for her warning of the nuclear holocaust she knows is inevitable. Together, the threesome must find a way to stop the ultimate enemy-the T-1000, the most lethal Terminator ever created. Co-written, produced and directed by James Cameron (The Terminator, Aliens, Titanic), this visual tour de force is also a touching human story of survival. 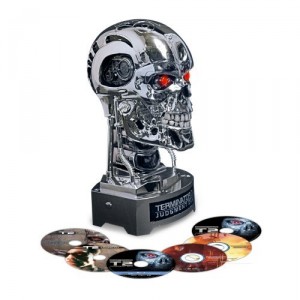 Specifications for the Endoskeleton Skynet Edition:

Here is the different versions and places to order from.