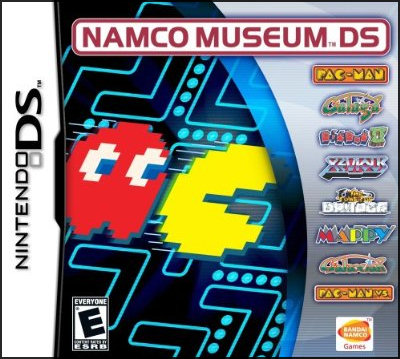 Todays Video Games Deal of the Day on Amazon.com is Namco Museum DS for Nintendo DS. The game is only US$9.98. Retro games included are Pac Man, Galaga, Xevious, Dig Dug II, Galaxian, Mappy and Tower of Druaga. 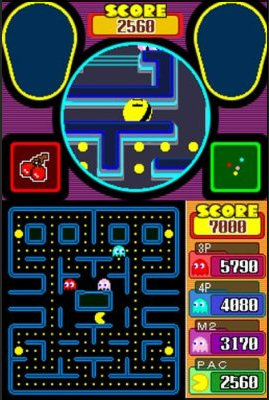 Sega have announced Sonic & Sega All-Stars Racing for Playstation 3, Xbox 360, Nintendo Wii and Nintendo DS. The game will be out next year. The trailer looks cool, and I think this can become a great game. (Source: Joystiq.com)

I found the pressrelease on Kombo.com:

In a frantic battle to the chequered flag, Sonic & SEGA All-Stars Racing sees Sonic and friends speed around tracks set in mediaeval castle ramparts, lush rainforests and bustling cities, all taken from the visually rich and varied universes of Sonic and SEGA. Fan favourites such as Dr. Eggman, Tails, AiAi, Amigo and many more will join Sonic in their custom built vehicles, revving their engines and jostling to stay ahead of the pack. Each character will race around the track in cars, planes, motorbikes, and in AiAi’s case – a banana mobile! Secret short cuts, swift handling and avoiding strategically placed obstacles are certainly the best way to get to the top of the podium.

“Sonic & SEGA All-Stars Racing is no ordinary racing game. Its huge variety of characters and vehicles, plus the ability to play both online and off set it apart from other games of this type” commented Gary Knight European Marketing Director, SEGA Europe Ltd. “The team have pushed the boundaries on what you would normally expect and created a different and unique party racing title whereby you really can’t take anything for granted!”

And winning is only part of the fun in Sonic & SEGA All-Stars Racing! Each character has a specific All Star move such as Super Sonic, Banana Blitz and Tails Tornado, allowing a quick way for competitors to get back into the race! Power ups and weapons can also be collected around the tracks and used against the opposition to ensure they don’t become a threat to that number one position… Players can battle it out in single or multiplayer mode, allowing up to four friends to race in frantic split-screen action, or up to eight players to compete online in the ultimate racing showdown.

Can Amigo scramble Dr. Eggman? Will AiAi say bye-bye to Tails? Are you gonna be faster than Sonic? The race will start in 2010… For more information please visit: www.sega.com/sonicracing. 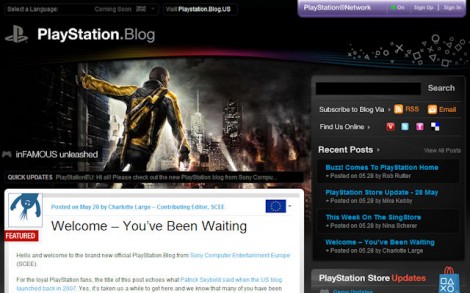 At last and long waited for, the official Playstation blog for Europe is opened. Just in time for E3. Go over to blog.eu.playstation.com.

For the loyal PlayStation fans, the title of this post echoes what Patrick Seybold said when the US blog launched back in 2007. Yes, it’s taken us a while to get here and we know that many of you have been asking for a European blog for a long time now. We’ve been listening and thank you all for your patience and support whilst we’ve been getting everything ready for today’s launch. Now that we’re here, it’s our hope that this blog will grow to become a one-stop-shop for your daily fix of PlayStation news from across the SCEE region.

Like our US sister-site, we’ll be sharing with you all the latest PlayStation news, interviews, trailers, event coverage and much more with a European flair; everything will come firsthand from the people who work here at SCEE, in the development teams and across our third parties.

In Crash TV 33, the developers show you what you can expect from the new expansion pack for Burnout Paradise on both Playstation 3 and Xbox 360. Big Surf Island will hit Playstation Store and Xbox Live Marketplace on June 11. 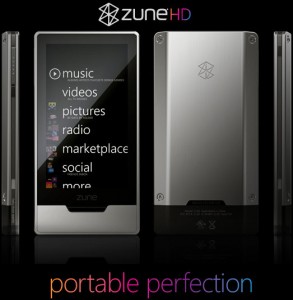 Later this year, Microsoft will release a new version of their Zune player, the Zune HD. Here are some fact about the new Zune HD taken from On10.net:

To play HD video you have to use a dockstation. That is plain stupid if you ask me. You should be able to just connect an HDMI cable from the Zune to a HDTV.

According to Joystiq.com, the combined Zune Marketplace and  Xbox Live Video Marketplace is coming to Europe, but no Zune HD yet. I do hope the we who lives in small countries also will be able to download videoes and not only big countries like United Kingdom and Germany.

This years E3 (Electronic Entertainment Expo) will be in Los Angeles June 2-4. That’s only one week away. The last couple of years, the show have been toned down. But this year, it’s back with a big show.

Microsoft start it all with its press conference on Monday June 1st at 10:30AM PST, that’s 19:30 (or 7.30 PM) European time (like Oslo, Berlin, Rome). Check out timeanddate.com for your local time.

Nintendo will have their press conference on Tuesday June 2nd at 9.00 AM PST, that’s 18.00 (6.00 PM) European time. Check timeanddate.com for your local time.

Here are some details taken from GoNintendo.com:

WHAT: Consumers responded to Nintendo this year, as evidenced by continued growth of the Wii™ home video game system, record-breaking sales of the Nintendo DS™ portable franchise and the introduction of the newest hand-held iteration, the Nintendo DSi™ system. Nintendo will provide information about upcoming products at its media briefing, which kicks off the year’s biggest video game event, the E3 Expo.

Everything and more will be streamed live from different sources around the Web. According to xboxprimetime.com the following sites will stream live: Gametrailers.com, Gamespot.com, IGN.com and G4tv.com. You can also go to the same site for full coverage from E3 in LA. 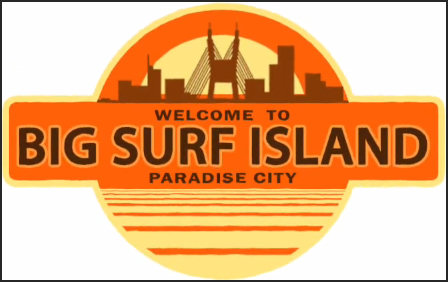 On June 11, 2009 you can download Big Surf Island for Burnout Paradise on the PlayStation Store  and Xbox Live Marketplace. Here is the new trailer for the expansion pack for the game.