TV2 HD is Norways second homegrown HD channel. It’s only available from the distributor RiksTV and over the air. Other distributors like Canal Digital and ViaSat will probably have it later this year on both cable and satellite, but nothing is settled at this time.

At the time, before the whole country (that’s Norway to you) have no analog TV transmition (you can read more on my other blogpost), only thre MUX are available. So the bandwith is limited. And it actually was a big surpise to learn that they would start to broadcast in HD over the air.

The first show that was broadcasted in HD was “Allsang på grensen” (easily described as a sing-along-family-show). The quality was OK. I could see compretion-artifacts on my 40-inch HDTV sitting at 2,5 meters away. There was also some blocking with fast movements. But all in all, it was a good start and this was only the first show in HD.

TV2 HD is a pay-TV channel, but surpsingly and luckily, it was transmitet unencrypted today, so I could use my old and not so good TerraTec Cinergy Piranha DVB-T USB-stick to capture some screenshots (wich you can see bellow).

The same hardware also told me that TV2 HD broadcasted with 5Mbit, which is not much (I’ve read that some have measured the bitrate to 10.5Mbps, so my equipment may not show the right bitrate). NRK (Norwegian Broadcasting Coopration) use around 3.5-4Mbit on their SD channels. In the long term, when more bandwith are available, they will use 12Mbit for their HD channel. I’ve also managed to calculate that they can use some more bandwith in the MUX they have now. But as I’ve said, this was the first show.

TV2 HD broadcast in 1080i so all SD (576i) shows are scaled to 1080i. And I actually think that the scaled version to HD looks way better than when they transmitted in SD. So overall, the quality of TV2 have gone up, and that’s a good thing. The other channels in the same MUX as TV2 HD transmite at around 2Mbit, the quality is OK, but not nothing more. 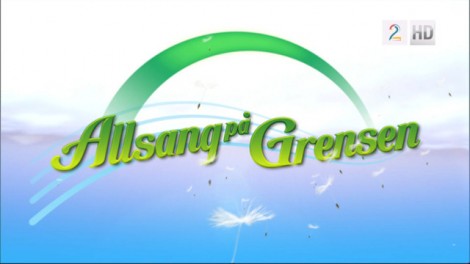 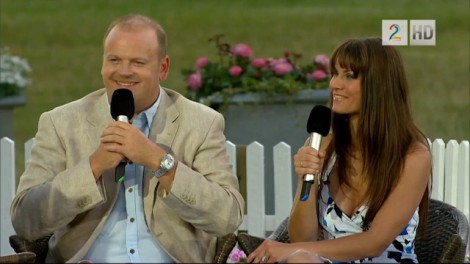 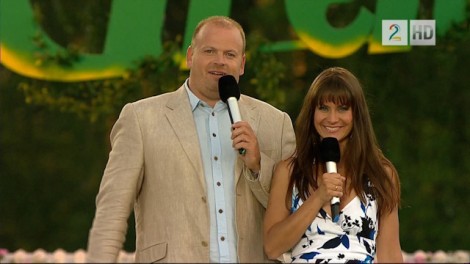 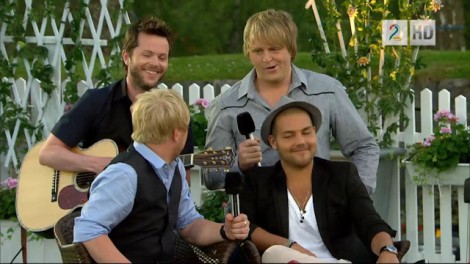 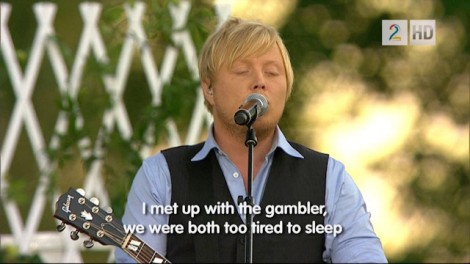 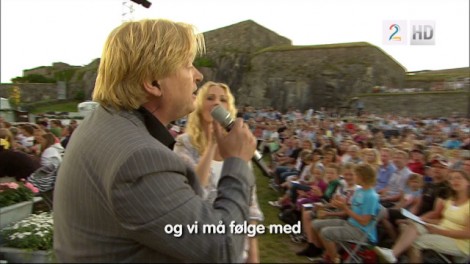 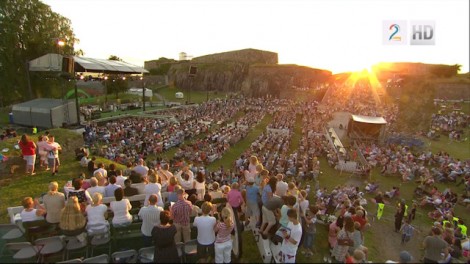