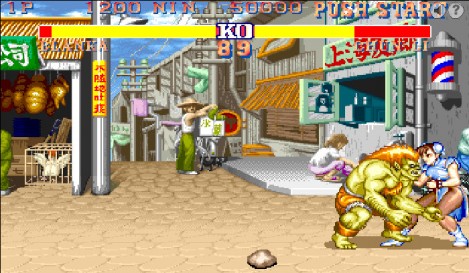 Street Fighter® IV was released on PC this week. To support that release, Metaboli have made a free flash version of Street Fighter® II Champion Edition to play online in your very own browser. It plays OK, and you can go to kongregate.com to play the game.

Here is a quote from the pressrelease taken from MaxConsole.net:

For the first time, players can discover again the most popular fighting game from the 90’s directly in their web-browsers, and are invited to get Street Fighter IV for PC available via download-to-own.