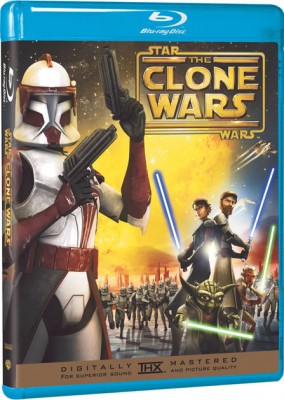 I never saw the animated Star Wars: The Clone Wars in the cinemas. The movie have now got a US release date. Blu-ray and DVD version will be out on November 8, 2008. SRP is $34.99 and you can probably pre-order it soon.

Thehdroom.com have listed the bonus content of the Blu-ray version: