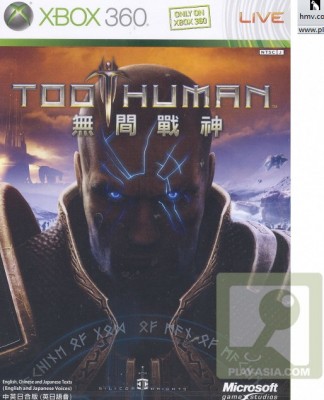 This weeks special at Play-Asia.com is Too Human for Xbox 360. It’s only US$19.99 and it’t the region free Asian version. It has both English audio and text.

Step into the world of Too Human, the epic action-game for Xbox 360™ from famed developer Silicon Knights®. As the Cybernetic God Baldur, you get thrust into the midst of an ongoing battle that threatens the existence of mankind.

An ancient machine presence has forced the God’s hand. In the first of a three part trilogy, Baldur is charged with defending mankind from an onslaught of monstrous war machines bent on eradication of human life.