Joystiq.com have made a hands-on on the new PSP Go by Sony. You can also read their full review of the new handheld.

This week at GamesCon, Sony announced their new Digital Comics service for PSN. It will be available in the US in December this year. Joystiq have taken a look at the service.

IGN.com have put up a video with John Koller (director of hardware markeding, SCEA) taking you trhough the new PSPgo.

Kotaku have checked out the new PSP Go on E3. 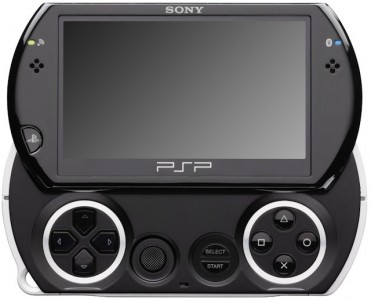 The new rumored PSP Go is indead real and video of it was leaked a bit early by Sony themself. It was in June edition of Qore (which you can buy from the US Playstation Store), they talked a bout the the new PSP Go which would have been shown for the first time on Sony’s press event Tuesday June 2nd. This Qore edition is now pulled from the Store.

The big news with the new PSP is that is now lack a UMD drive, but have 16GB flash onboard instead and you have to slide to get to the controlls.

Thanks to Engadget, here’s the rundown of the new features of PSP Go: