This week, on July 15, you can download The Secret of Monkey Island: Special Edition on Xbox Live Arcade for only 800 points. I’m a bit suprised that it’s only 800 points, and not 1200 which look like the new norm. But at this price, it’s a must have title for all that loved the game nearly 20 years ago.

A cool feature is that you can switch between the 1990 PC version with only 256 colours and the new and updated 2009 XBLA version with HD graphics. You can see it in the video bellow.

Pirates! Adventure! Monkeys! Relive the hilarious swashbuckling misadventures of the wannabe pirate Guybrush Threepwood as he attempts to become the most infamous pirate in the Caribbean! Back by popular demand, The Secret of Monkey Island™: Special Edition faithfully re-imagines the internationally-acclaimed classic pirate adventure game from LucasArts in gorgeous HD detail. 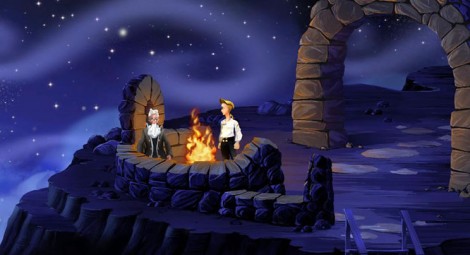