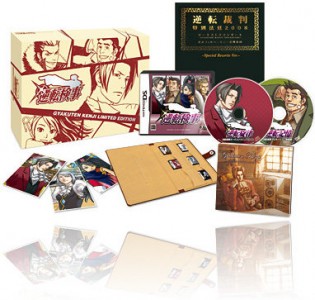 It must be great to be a game collector in Japan since they get all sort of special edition og games and consoles not released anywhere else.

On May 28, 2009 a new game in the Ace Attorney series (as we know it in the West) will be released in Japan, namly Gyakuten Kenji. Japanese gamer does not only get a new game, but also a new Ace Attorney themed DSi in the Premium Edition Ace Attorney DSi. Not only that, but they can also buy a Ace Attorney Limited Edition of the game which contain the following:

Luckily, everything is available for import for those with the needs and money. You can go to Play-Asia.com to check it out. The release date is May 28. 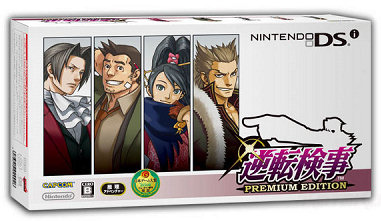